I got this dinky little wireless keyboard with back-lit keys off Amazon for £15 (affiliate link*) and it’s rather good! 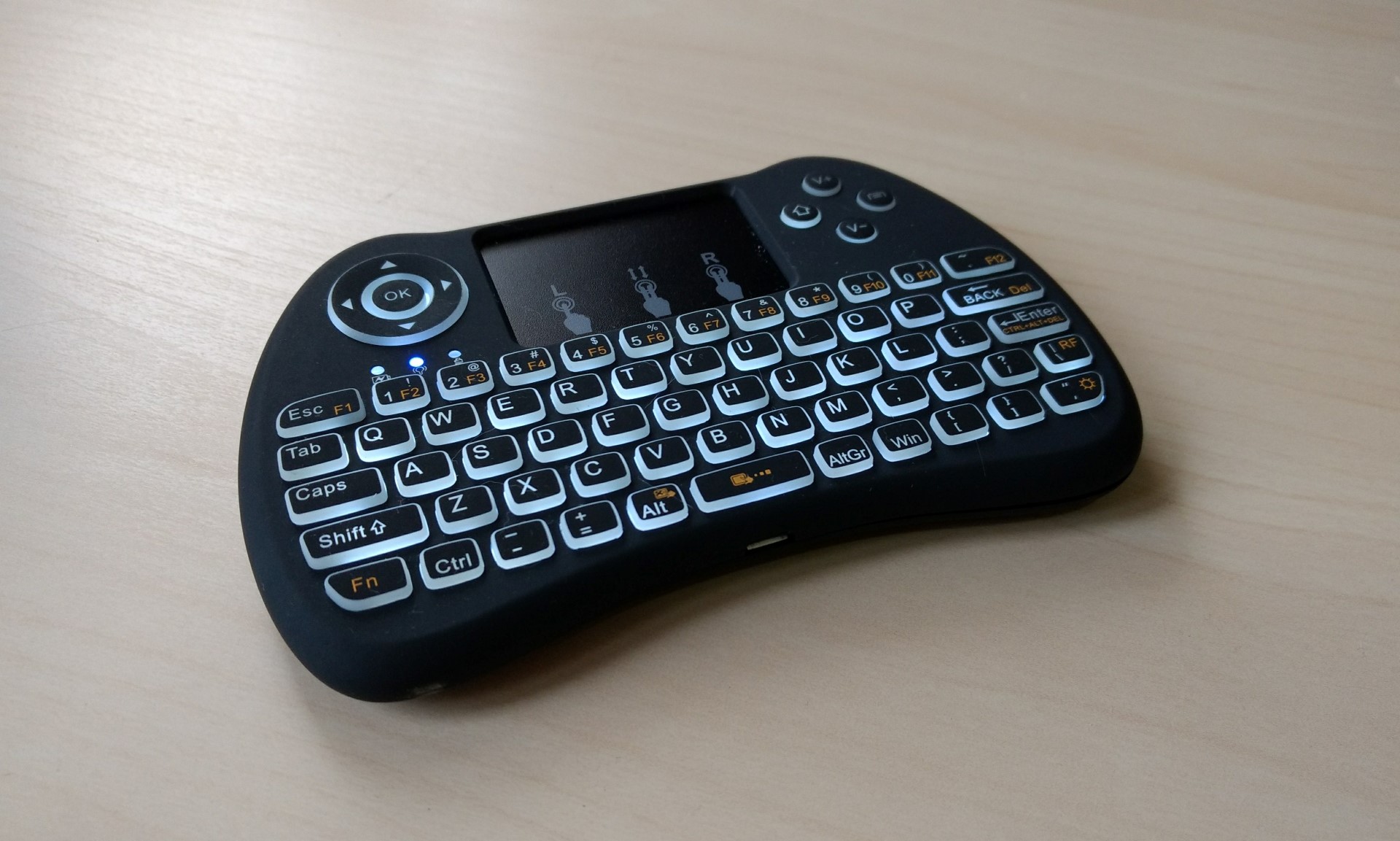 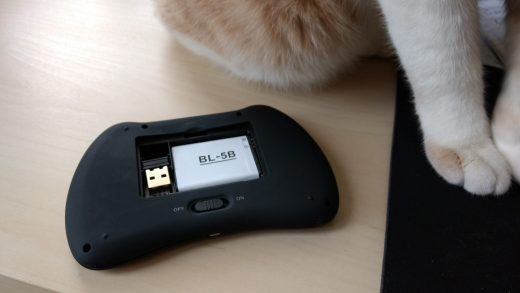 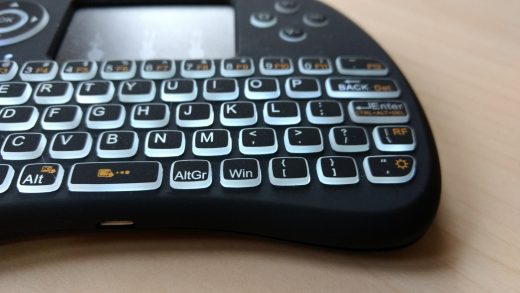 Mini keyboards are everywhere these days and they are becoming really affordable. Gone are the days when you have to enter text on your TV using an on-screen keyboard with loads of frantic button pressing on the remote only to realise you made a mistake right at the beginning. 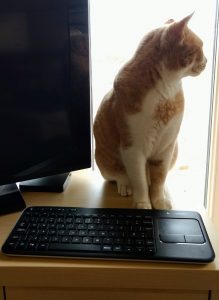 I’ve owned the immensely popular Logitech K400 (affiliate link*) for a few years and it’s always been my go-to device when I’m doing something on the TV that’s going to need either a lot of keyboard input like setting up a new Kodi box or use of a mouse pointer for browsing the web. But, the K400 is relatively big – not by desktop standards but certainly by ‘sit on the sofa in front of the telly’ standards.

Back to this little keyboard which follows a increasingly common form factor in compact keyboards. Setup is a breeze as usual with wireless keyboards and mice. Just pop the dongle into a USB port on your chosen device and switch they keyboard on and you’re ready to go. The dongle has a storage place inside the battery cover which is handy if you are storing it away and don’t want to lose that very important and very small piece of the device!

The finish is a soft matt plastic affair which reduces fingerprint mess and it feels pretty solid – that was until it got kicked on the floor by one of my cats which managed to break one of the 4 screw housings inside leaving a noticeable gap on one side (as you’ll see at the end of the video). It doesn’t affect the functionality and it doesn’t let the back-lighting ‘leak out’. A spot of glue inside where the bit of plastic the screw goes into has snapped off will probably fix this purely aesthetic damage.

Onto the usage. Held in two hands the rubbery keys are nice and tactile and respond well with positive presses without being at all wobbly or loose. But here’s a slight problem – it’s still largely a two handed operation even though it’s such a small device. So you can’t lie back and use it one handed to channel surf or navigate around your media library menus. It’s here that the Mele Airmouse scores better – the type where the keyboard is on one side and the navigation keys on the other and still retains the traditional remote control form factor. They are still not perfect and some people, like me, don’t like the inaccuracy of the air-mouse over track-pads. While on the subject of navigating around menus and stuff one omission in my opinion is a ‘back’ key next to the navigation D-pad. Granted, for most devices you can use the Esc key which is in the top left or the ‘Back’ key in the usual Backspace position on the keyboard.

The track-pad is small but in my opinion it is way better than any air-mouse where you are waving your hand around like a Wii-remote and never getting close to that little hyperlink you need to click! A neat feature is that on the fly you can change the track-pad’s sensitivity between 3 DPI settings. Although most devices, and Windows/OSX etc., let you adjust the mouse/track-pad sensitivity it’s handy to adjust it when switching from say, web browsing to using Kodi.

Many people will use this on an Android TV box or Amazon fire TV device but with a full set of keys, including the ‘windows-key’, it also works great with a PC connected to a telly.

Inside the back cover you will find a removable battery which is refreshing to see so you could buy a replacement or spare – just search Google or Amazon for BL-5B battery (affiliate link*). As for battery life, the automatic sleep mode (which is always handy because nobody remembers to turn these things off) should prolong the battery life between charges. It also means that when using it at night and you put it down it will sleep and the illumination will go out after a little while. You wake it up by pressing any key. I’ve yet to be able to comment on the battery life but I’m pretty sure it’s going to be in ‘weeks’ not ‘days’!

The back-light is switched on and off by pressing the most bottom left button (Fn) and the most bottom right button which will make it easy to switch on in in a dark room. It also remembers the illumination status (on or off) when you switch the keyboard on (or wake it from sleep).

One final point to note, in case it isn’t obvious, is the wireless function between the dongle and keyboard is RF. That means your device can be happily hidden way and doesn’t need line of site like an IR remote control needs.