With a 2560×1440 resolution this Reolink camera is significantly higher than 1080p but is it any good?

I’ve been slowly building my own DIY home CCTV security system after buying a couple of cheap IP cameras. I wanted something with a higher resolution and Reolink seem to be pioneering 1440p cameras in the sub £100 price bracket. Reolink have two styles of IP camera: bullet and dome. Plus they come in two flavours of connectivity: Wireless via WiFi and hard wired Ethernet with PoE (power-over-ethernet).

I bought the dome-style, Ethernet-powered, RLC-420 off Amazon for £64.99 (Amazon Link (affiliate link*)). Take a look at my video for some actual footage or read on for more details.

There are two different ways to use a network security camera:

The Reolink RLC-420 can be set up in either of the above configurations. However, because it does not have on board storage the only option for recording is to send clips to a server using FTP. As long as you have a computer or network storage device which you can send files to with FTP it’s a doddle to set up on the Reolink.

The motion detection in standalone mode is very good. I particularly like the pre-trigger buffer, that means it is continuously recording in a buffer so that when it detects motion the clip will contain a couple of seconds of footage before the motion was detected. This is good for fast moving objects like cars.

You get three different ways to set up the Reolink camera.

When I first hooked up the RLC-420 my initial impressions were WOW! So much detail when compared to the other 720p and 1080p cameras I have but that’s hardly surprising considering the resolution is almost 40% higher than 1080p. In daylight the colours are vivid and not washed out. 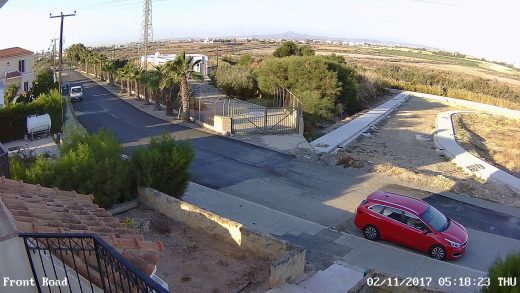 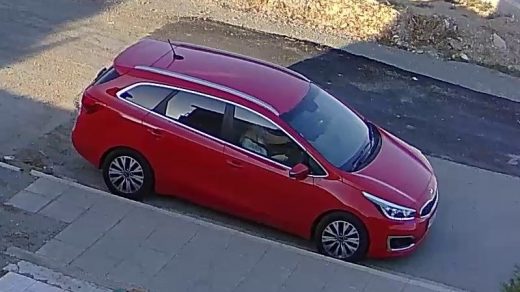 At night the higher resolution doesn’t offer such a great advantage as the image is quite grainy. I guess this is to do with boosting brightness digitally at the cost of image quality. However it is perfectly acceptable as you can see in the following night shots. The second one show a little over exposure when the halogen floodlight comes on. 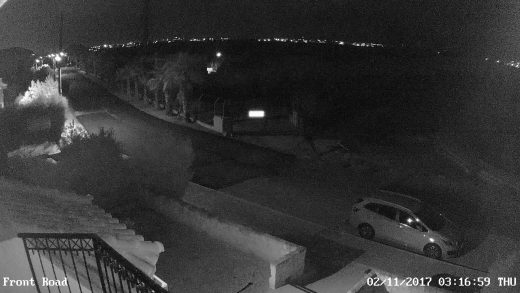 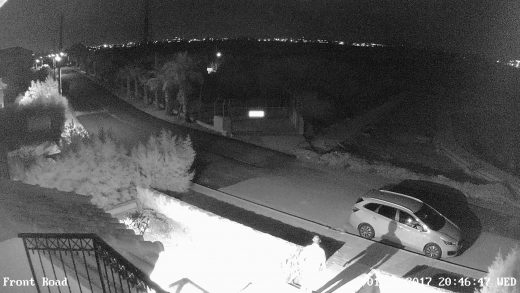 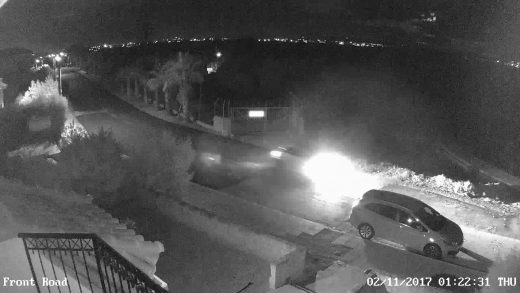 Unfortunately when cars pass at night with their headlights on the brightness pretty much obliterates the detail of vehicle as can be seen in the third image. I guess for under £100 you can’t expect perfect night vision. When combined with a separate and more powerful IR floodlight illuminator (affiliate link*) (which I’m hoping to order soon) I expect the night vision performance will be greatly improved. Watch this space!

There are lots of network surveillance systems out there. Some are free while others are way too expensive for a small home security setup. I chose Blue Iris as it is one of the more popular ones and it’s not very expensive – approx. £50 for a multi-camera licence. It’s been around for a long time and has a healthy community of followers. Reolink provide a guide on setting up their cameras with Blue Iris here but it is pretty straightforward if you are already familiar with using Blue Iris. 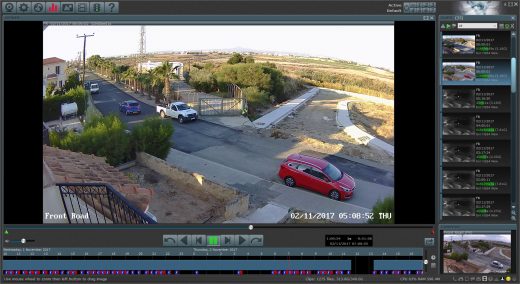 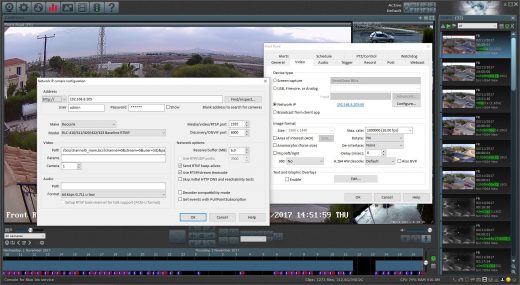 When using CCTV surveillance software it’s a good idea to set the FPS (frames per second) for storing video to 10 or less. If you leave it at the default 25 FPS the video files are going to be huge especially at 2560×1440 resolution! You should do this in both the camera’s settings and the CCTV software that way the camera is not using unnecessary bandwidth on your network and the PC running the CCTV software doesn’t get overwhelmed!

This is my first device I’ve ever owned which can get it’s power from the Ethernet cable. In order for Power-over-Ethernet (PoE) to work you need to get the power into the ethernet cable. One option is to connect the camera to your network via router or switch with powered ethernet (PoE) ports. Another option, which is also useful when combined with PowerLine adapters, is a small PoE adaptor/injector (affiliate link*).  That’s what I did for my installation as the camera is located on the wall of a bedroom where there is no network cabling, see the photo below: 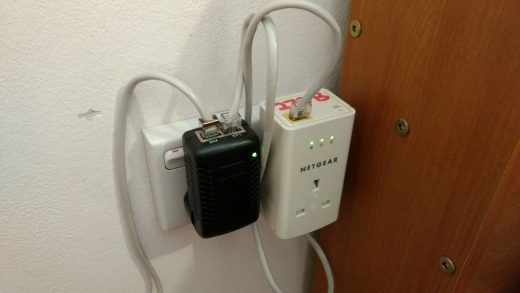 Another power option is not to use PoE at all. You can use the supplied power supply to connect to the power connector on the camera – you can see this connector in the video.

If you’ve got any questions about the Reolink camera or using it with Blue Iris feel free to ask below.