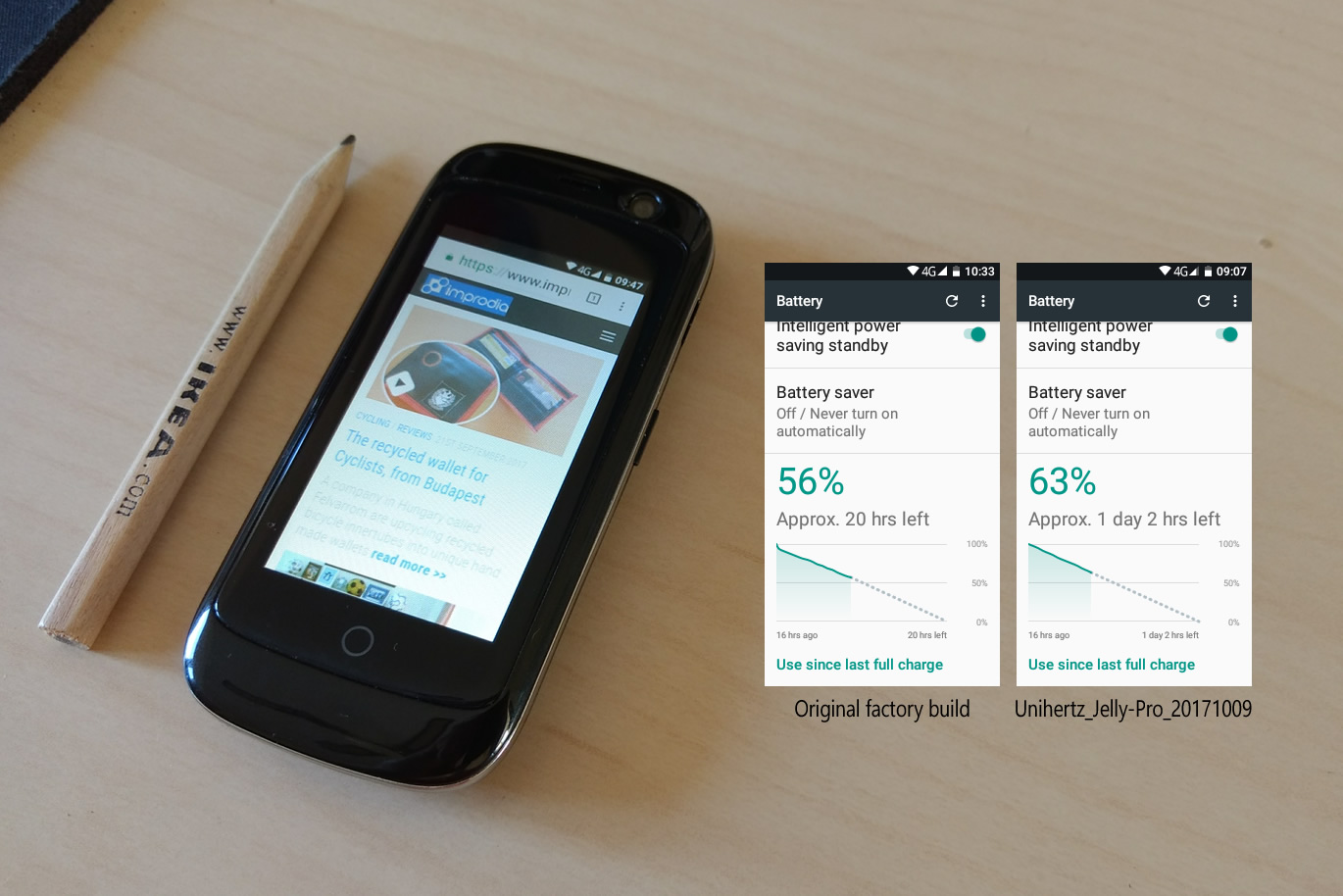 The first firmware update for the Unihertz Jelly Phone gives a 20% boost to the battery life.

I was one of the first to get the tiny Jelly phone from the Kickstarter campaign. One of the hot topics in the official forum was the battery life. The first software update, released on October 9th 2017,  claims to have improved battery optimisation. I decided to do a simple but effective test.

After a factory reset I inserted a SIM, connected to WiFi and let the Play Store do any updates required. I fully charged it and left it doing nothing for 16 hours. Then I did the firmware update using wireless update in settings and repeated the test exactly as before. This is about as clinical as I can get with exactly the same phone configuration and no extra apps installed.

The results show an improvement of almost 20%. After 16 hours the estimated battery life is 36 hours with the old firmware and 42 hours after the update.

Battery Life on the Jelly Phone

From my experience the battery life definitely depends on which apps are installed. When I first got the phone I installed Facebook and Facebook Messenger (well known battery hogs) and I was getting appalling battery life – less than 12 hours in some cases. This suggested that the Jelly battery management needed improvement. Android 7 power optimisation should be reducing the consumption of power hogging apps like Facebook but on the Jelly it didn’t seem to be happening. I’m going to install both apps again and see if the software update makes much of a difference. Unfortunately I don’t have exact figures from before to do a proper comparison.