I’ve added another 1440p better-than-full-HD camera to my home security system and this one has H.265 (HEVC) compression.

Last month I upgraded my somewhat basic home CCTV system with a Super HD Reolink camera. Then along comes this WGCC offering, another sub £100 1440p camera for me to try out and this one has H.265 compression. The new camera is now permanently installed keeping an eagle eye on my back garden and car port. Here’s a video with my initial thoughts and some actual 2560×1440 footage taken from my front balcony.

The branding of this camera is a little confusing. The seller on Amazon is Chuanglan-Camera (affiliate link*) but the Camera is being marketed with the brand WGCC (affiliate link*). I have not heard of either of these before but it appears they are trying to get into the IP Camera market in Europe via Amazon which is good by me.

The WGCC camera is another PoE (power over Ethernet) device which I covered in my post about the Reolink camera. I like the stability of the connection you get with PoE cameras. I have some WiFi cameras and occasionally they lose their connection and in some cases they can’t reconnect. A trip up a ladder to reset a Wifi camera and reconfigure using a mobile phone app can be a pain. With PoE there’s no WiFi configuration to worry about. Although it does need the Ethernet wiring inside the building either from a PoE enabled router or a PoE injector (affiliate link*).

The most common form of compression in video files is H.264. H.265, or HEVC (High Efficiency Video Coding) is a newer type of compression which has enabled Ultra HD (4K) broadcasts and streaming as it packs twice as much data into the same file size or bandwidth of H.264. The reason H.265 isn’t everywhere is because it requires more processing power than H.264 for both encoding and decoding. It’s nice to see H.265 encoding technology making its way to low cost IP cameras like this one.

The H.265 benefit for a camera like this is two fold. First, it means if you are recording to an internal SD card you’ll get at least twice at much recording time. Second, if you have a number of these cameras on your network all talking to a centralised video surveillance system then you’ll be using a lot less bandwidth on your network.

There is no WGCC branded software but they use a suite of Guard software which includes:

The camera features a comprehensive on-board admin and playback system from which pretty much everything can be configured. I have come across this admin interface on cameras from other brands so it is not specific to WGCC. This is a good thing because although WGCC appear to be new to the game the software on the camera is going to be quite mature, erm, sort of. 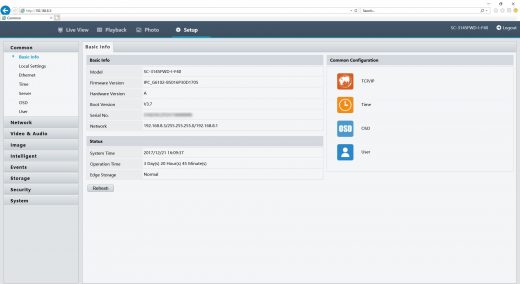 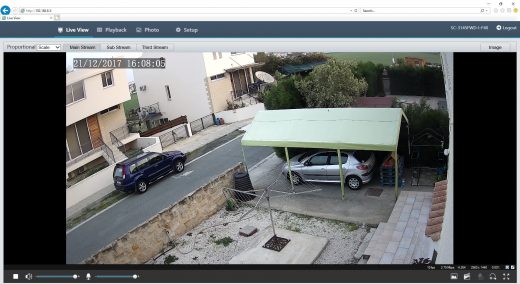 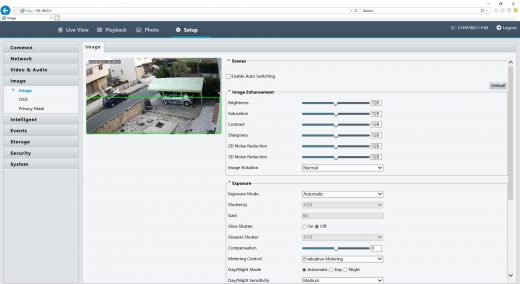 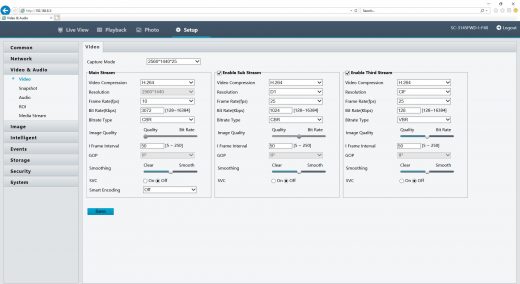 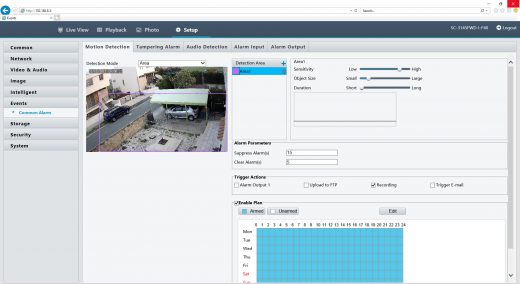 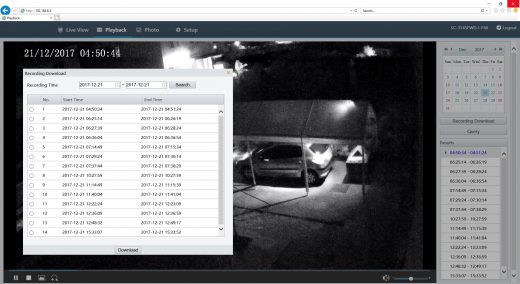 As you can see just from the six screenshots above the onboard software is very comprehensive. Unfortunately it has one major setback. It uses an ActiveX control to display video, live images from the camera and local file storage. As a result it only works with Microsoft Internet Explorer and only after adjusting security settings to allow the ActiveX control to execute. Thankfully Instructions are provided for getting this working although it is a major limitation. Other cameras use Flash or HTML5 to display video. Granted, some browsers are now restricting or completely disabling Flash but there are still options that don’t require you to use a browser which Microsoft have discontinued.

The video playback interface is basic but functional. Retrieve a list of video clips from the current day or a previous day by clicking on the calendar. Play the clips by double clicking on them in the list. You can also download clips from a selected date with the Recording Download button. I did find that the download speeds from the camera were a little on the slow side.

A major annoyance is that there are no transport controls when playing back videos in the browser interface. All you get is a play and stop button and a progress bar indicating where in the clip you are but it isn’t clickable.

This camera can be used on it’s own using the built in SD card for recording continuous or motion detected video. It is also well suited to being added to a central surveillance system or NVR. Guard Station is one such system which is the one provided by WGCC. I had a quick look and it looks comprehensive (and complex!) so I’m not going to be covering that here. Suffice to say that it looks like a very capable and expandable system with support for many cameras.

I use Blue Iris, it’s inexpensive, is well maintained and has a large community following. Blue Iris supports many branded cameras from a drop down list but also supports Onvif compliant cameras and anything that provides a video stream accessible over your network. It was very simple to add the WGCC camera to Blue Iris just using the generic camera option and entering the RTSP stream URL (/media/video1 on port 554): 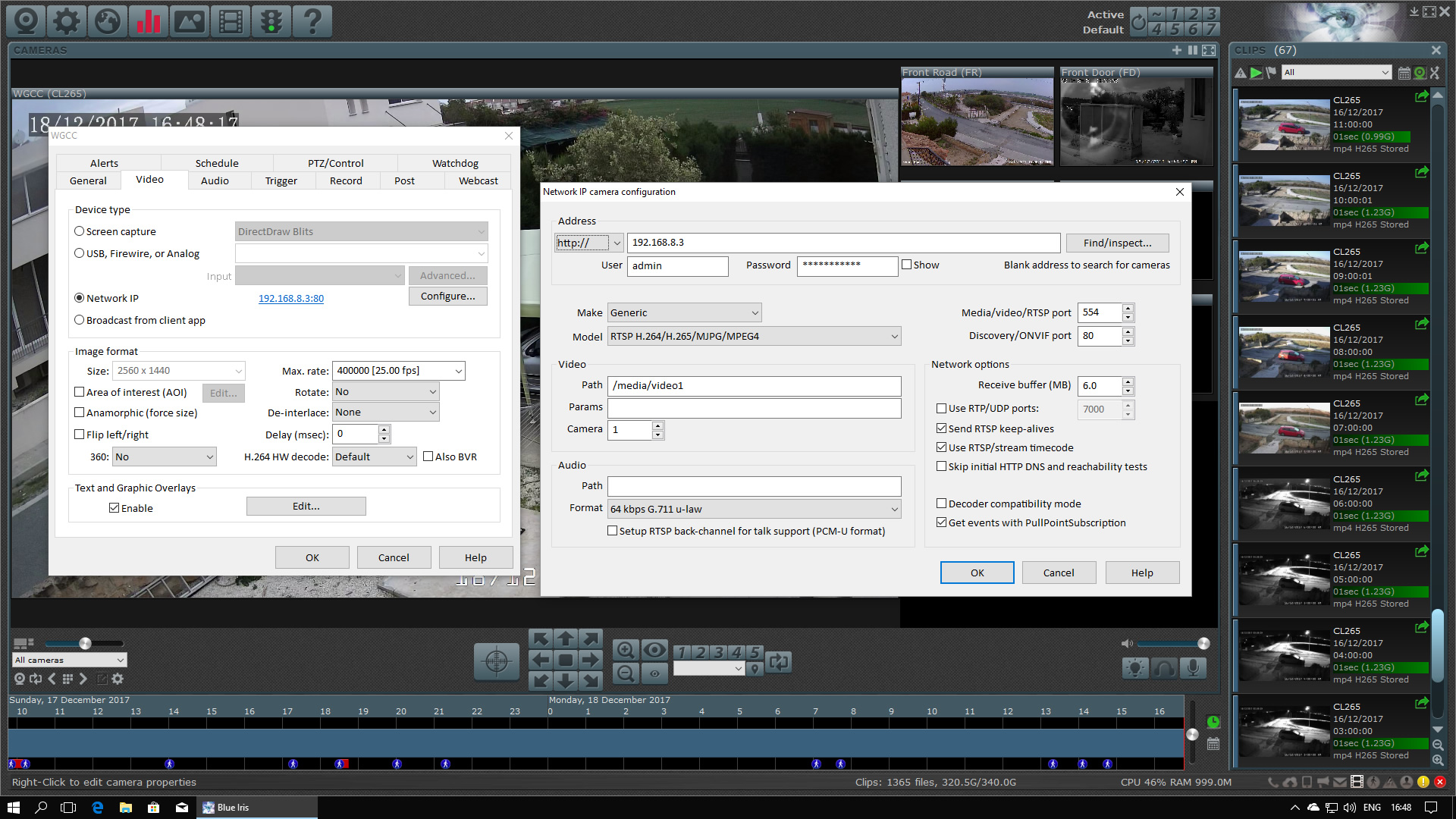 As mentioned previously, the App is called Guard Viewer (available from Google Play Store or iOS App Store). This app does not appear to be specific to the WGCC camera so it is really just a viewing app. Consequently does not provide access to any configuration settings of the camera. It supports multiple cameras and provides a good interface to viewing the live video streams.

There are two ways to connect to the camera. You can connect directly using IP address of the camera on your local network or use the integrated P2P system. P2P systems are becoming common with camera suppliers to provide remote access (outside your network) without messing around with port forwarding. This P2P system used is www.star4live.com. Registration is simple and all done inside the Guard Viewer app, you just enter your email address, wait for the confirmation number to be emailed and that’s it. Note: the P2P system can be completely disabled in the administration interface if you don’t want to use it.

The P2P system I experienced with the Reolink is specific to Reolink and doesn’t work with other cameras. Because of that is that it just worked with no registration needed meaning that they have their own P2P server network. This raises an interesting point, and a possible advantage for the WGCC camera. Because the star4live.com P2P system is most likely used by many other suppliers, should Chuanglan/WGCC (who are relatively unknown organisations in Europe) disappear or stop selling cameras, the P2P system will continue to work.

You can see sample footage in the video but here’s some snapshots: 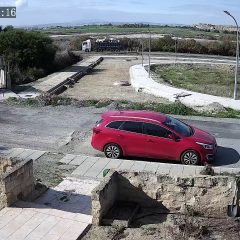 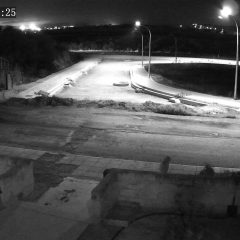 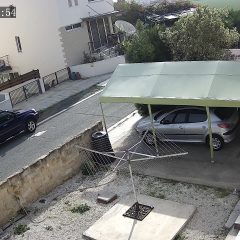 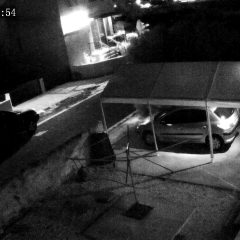 The night vision is acceptable for a camera in this price bracket. As with similar cameras it is let down by a limited IR LED array. There is a lot of tweaking that can be done in the administration which can fine tune the night vision. I am currently testing an IR illuminator floodlight which can improve the night vision of cameras like this. I’ll be writing a separate post on that.

Which is best, this or the ReoLink?

There is no denying this is a very similar camera to the Reolink RLC-420 I tested last month. The resolution is the same, it has the same form factor (dome) and they are both similarly priced. So which one is best?

Reolink’s software is better. The on-board Reolink browser based interface does not rely on Internet Explorer with an ActiveX plugin. However it does rely on Flash which is no longer supported by Google Chrome but that is not as bad as using ActiveX. The Reolink Client software for Windows is much more comprehensive than the Guard Tool for the WGCC camera. Finally the mobile phone app, again Reolink wins on this because it’s an app specific to their cameras and lets you adjust many of the camera’s settings.

But, and this is a big but, all of the above is irrelevant if you are using a video management system where the important thing is the compatibility and image quality. In this respect the WGCC is slightly better. I found that although the image quality from the Reolink was more vibrant the detail was better on the WGCC and there is less noise when you zoom in. The night vision is about the same but I found that the fine tuning in the admin interface for the WGCC did let you tweak it for slightly better results. The IR LEDs for night vision appear to have the same brightness on both cameras.

So the Reolink wins on software and the WGCC wins on image quality but only just. The WGCC has the added advantage of on board SD storage, but that’s not important to everyone. Plus, accessing the stored clips forces you to use the Internet Explorer admin interface.

What could WGCC do to get make this camera better? Two things: