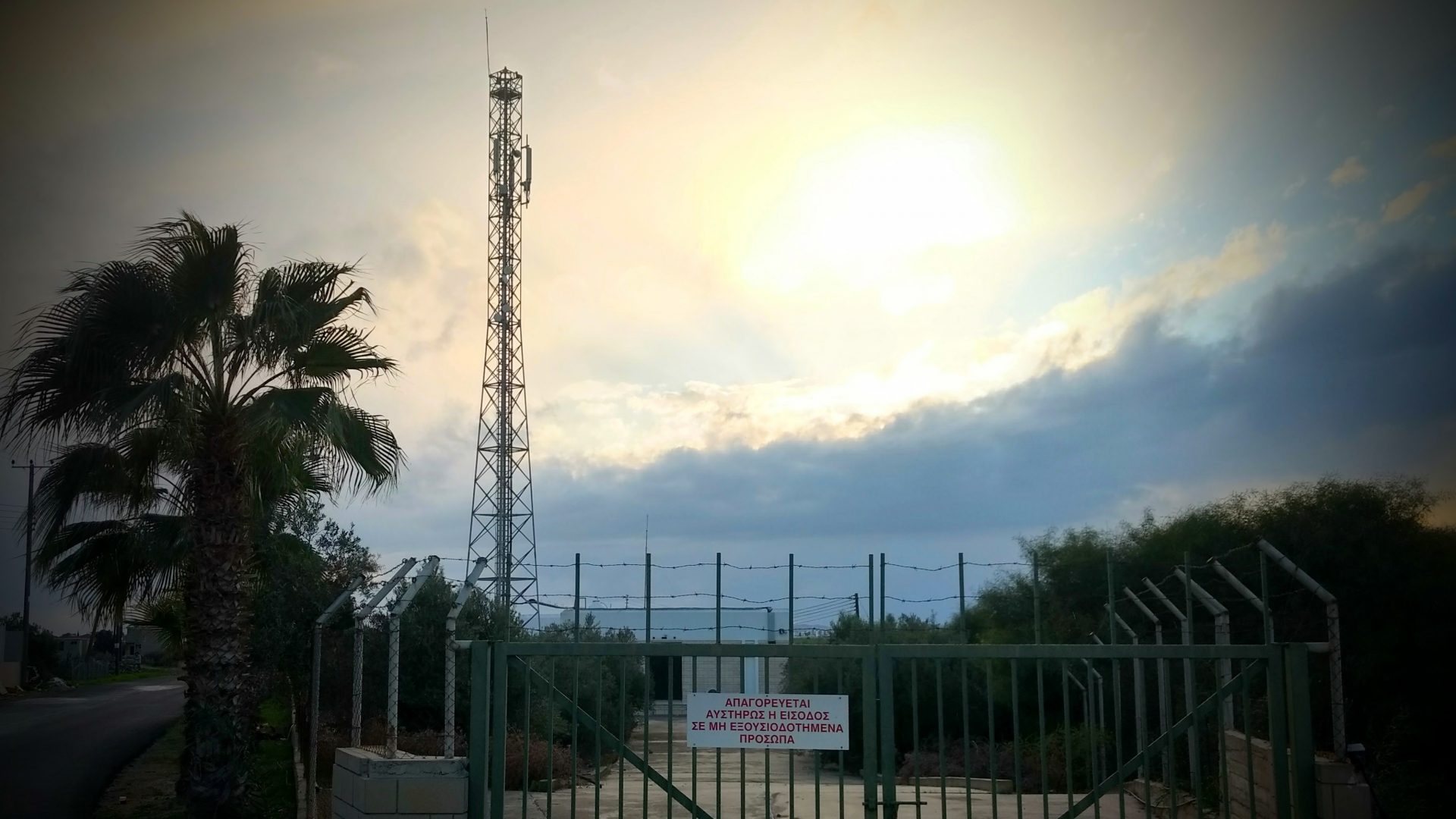 1GB Mobile data in Cyprus costs €10, or more, per month from the local providers (Primetel, MTN & CYTA). Here’s how I get 1GB a month for less than €3!

Skip to the good bit: Buy a 12GB/12 month pre-paid UK data SIM from MyMemory (or direct from Three.co.uk) which works in Cyprus and costs less than £30 including shipping to Cyprus.

You really need a Dual SIM phone for this. Read on for details including activating the UK SIM in Cyprus and setting up the dual SIM phone.

Cyprus is one of the most expensive countries in Europe for both broadband and mobile internet costs. For the last 5 years when I’ve visited the UK I use my old T-Mobile pay as you go SIM for mobile internet. Even though T-Mobile is now part of EE I can still by an internet booster for £2.50 to get unlimited mobile internet on my phone for 5 days. In Cyprus I’ve been paying €8 a month for just 250MB (a quarter of a GB!). Other providers are equally pricey, but what about the costs for a reasonable about of data per month, say 1GB? Prices have come down over the last few years but it’s still going to cost you at least €10 a month. Mobile data costs in the UK, even on pay-as-you-go, can be much better value.

In June 2017 the EU abolished roaming charges and that includes mobile data. To test it, I bought a 5 day internet booster for my T-Mobile SIM (from within Cyprus) and it activated and worked perfectly. I had 5 days of unlimited mobile internet in Cyprus for £2.50! However, operators are allowed to include a caveat so that people can’t buy a mobile data sim and use it exclusively outside the home country. Some UK operators say that if you use one of their SIM cards for more than 3 months outside the UK without returning ‘home’ they may deactivate it. So if you visit the UK once every 3 months and make one call or send one text or simply connect to the internet you’re OK.

I shopped around for the best UK pay as you go mobile data packages. I’ve now been using a UK data SIM, from the Three network, for around 6 months exclusively in Cyprus and it’s still working. The price for this data only SIM direct from three.co.uk is £40 but MyMemory always seem to have it for much less. At the moment it’s £27.99 but they occasionally have it cheaper. I paid £24.95 for mine in June 2017. But even at £27.99 + £1.95 shipping to Cyprus that’s about €34, so just €2.83 per month. And remember, this is 12GB which lasts 12 months. You don’t have to use a whole 1GB each month. In fact, I’ve only used about 2GB in the first 6 months so I’ve still got 10GB left with six months to use it.

Data allowance for my three.co.uk SIM

What does it cost with the Cypriot providers?

Primetel* and CYTA both charge €10 for 1GB of data on their pay as you go services which lasts a month (click the links to view the prices on their respective websites).

So, even if Three.co.uk did switch you off after 3 months, you’ve not lost anything! Mine is still going strong after 6 months!

*Primetel currently have a campaign called “bye bye Wifi” offering FREE 1GB data with every top up on pay as you go. The catch? If you spend €5 on a top up you get 1GB which lasts only 5 days. If you want it to last a month you have to top up €35. OK, that gives you €35 of call credit so technically it is 1GB free but I’m talking about getting 1GB of data only here. I spend about a euro a month on call charges.

This is what dual SIM phones were made for! Keep your Cyprus SIM for calls and SMS messages and use the UK SIM for data. It’s really easy to setup on an a dual SIM Android phone and once it’s done everything is automatic. Calls and texts will use your Cyprus SIM and all mobile data will use the UK data sim.

Whereas Cyprus is expensive for mobile data, it’s always been competitive for voice calls and super-cheap for text SMS messaging. It’s also now cheaper to send a text message in the UK with your Cyprus SIM than most UK mobile phone services.

Click here to get your 12GB data SIM from MyMemory now! 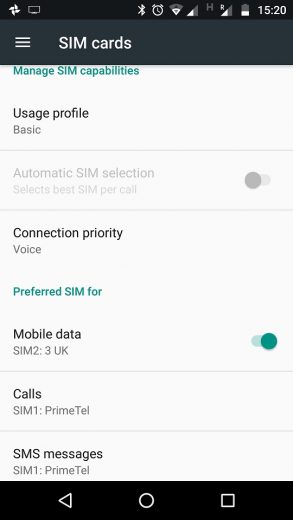 When you get your SIM pop it in your phone. Visit three.co.uk/my3 and click Register. Enter the phone number of your SIM, it’s written on the packaging. You’ll receive a text message to the new SIM with a code that you enter on the next step of the registration. That’s it, you are activated and you can do all this from within Cyprus. I know, I’ve done it myself and also for my wife’s phone. Note: even though this is a data only SIM it does have a number and can receive  text messages.

On your dual SIM Android phone, go to settings and select SIM Cards. Scroll down to the Mobile Data setting, tap it and select the UK SIM. Make sure the setting for Calls and SMS messages is still set to your Cyprus SIM. One final setting is to enable Data Roaming on the UK SIM:

I have found that although the three.co.uk SIM works with 4G in the UK it only connects with 3G & 3.5G (HSDPA+) in Cyprus. But that’s good enough for streaming video, YouTube, Skype calls etc.

What about after the 12 months runs out?

This is the strange thing. You could top up the SIM and pay for more data  on a month-by-month basis but that costs more. It’s best to just buy another SIM and throw this one away. Remember, you are only using it for data so you won’t be losing a phone number.

If you visit the UK a few times a year you could explore options with other providers. The main thing is you don’t pay any more for using your data allowance in Cyprus. But check their small print for fair use policy and using for extended periods away from the home network.

There are no dual SIM iPhones and to my knowledge the various dual SIM adaptors you can buy won’t let you use one for data and one for voice/SMS. So although all this sounds great, it’s not much use if you are an iPhone user unless you have two iPhones!